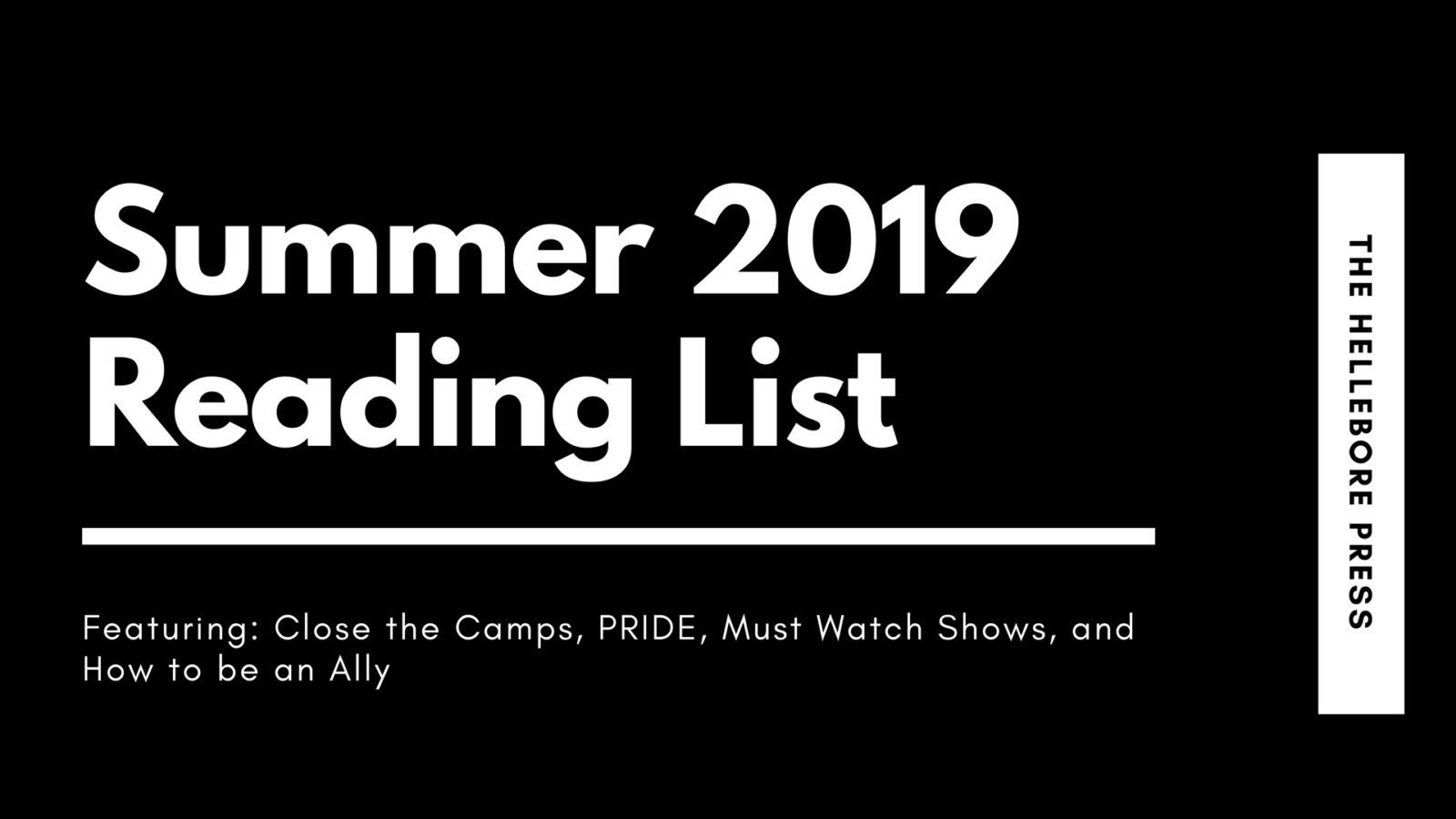 The Summer 2019 Reading List was curated by Denise Nichole, Editor in Chief of The Hellebore. Read below for the latest articles and revelations in literary publishing, popular culture, and global news.

The dehumanization and detainment of women, children, and families in US government operated camps is an atrocity. AOC’s call to action, #ClosetheCamps, is a fierce demand to end the neglect and abuse of immigrants who are imprisoned in these inexcusable conditions. It is no secret that children have died in US custody after enduring unimaginable hardships and cruelties. The terrorization of migrant families continues to result in more panic, fear, division, and loss. We must #ProtectEachOther!

How to be an Ally

With outrage, comes organization. To be an ally you must:

Here is a non exhaustive list of organizations to consider:

As June comes to an end, let us reflect on the celebration and monetization of PRIDE.

Who are Pride Collections Actually For? by Chris Mandle via GQ

But rainbows do not an ally make. And branding a consumer isn’t the same as supporting the LGBTQ community.

These safe spaces are particularly important for queer people of color, particularly Black trans women like Muhlaysia Booker, Michelle “Tamika” Washington and others who are being killed for living as themselves. In 2018, the Human Rights Campaign marked at least 26 deaths of trans people (the majority of whom were Black trans women) because of violence against them; in 2019, five transgender people have already died at the hands of violence.

“As a queer trans woman, my life is often misery. So when I see corporations or big-name artists trying to tap into some sanitized version of my identity that’s only about the fun parts, I feel alienated and that huge parts of my experience are erased,” Diavolo tells Vox. “Being queer is about joy, but that joy is often tempered by a great deal of pain; it is through that bitterness that the sweetness is that much sweeter.”