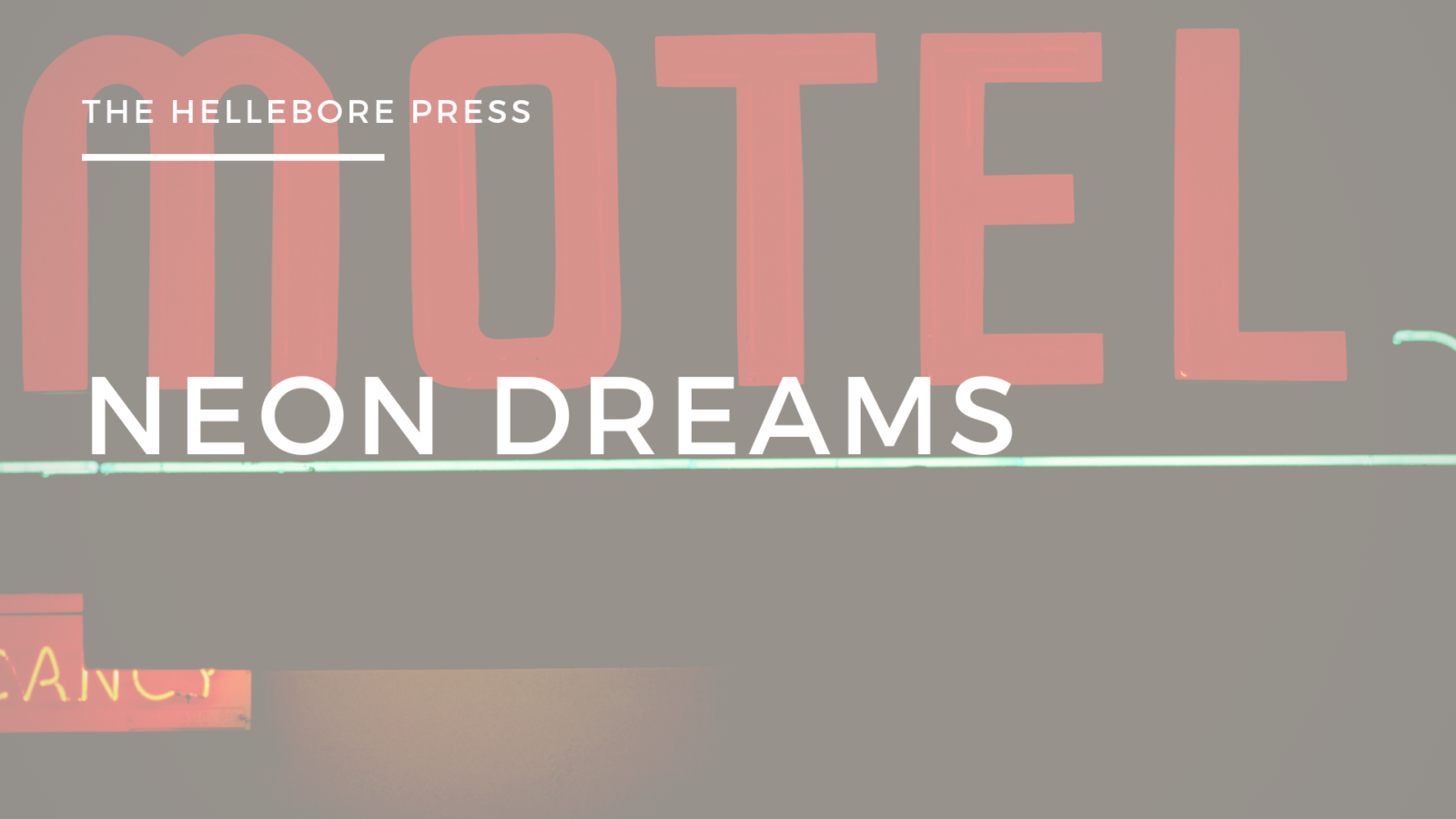 The red neon hotel sign illuminated the narrow street as Ruby exited the pick up truck. It sped off into the darkness. She sighed and lit a cigarette. A measly twenty dollars was waded in her fist. Wasn’t much, but it’d do. The H in the sign flickered. She’d grown to find its dull buzz over the parking lot comforting. It wasn’t what she’d pictured for her life when she’d moved to Nashville from her small town, but it was home.

Upstairs, Ruby lifted the mattress, pulling out her tiny savings, un-crumpling every dollar until she had a nice little green pile. For a moment she felt rich, like a country diva after a gig. That feeling never lasted, not after she counted the cash. It was enough for six more nights – a dollar menu item of her choice and one small bag. Just one. She ground her teeth and nervously chewed her nails till they were bleeding nubs. If she paid for two nights, she could work up her living costs, assuming she didn’t use all her energy at once. Ruby never called the hard white substance by its name. She wasn’t an addict. She was going to be the Grand Ole Opry’s next sold out sensation.

She traced her bleeding fingertips over the prominent scratch on the wall. Her seven-year-old Gibson used to lean against it until she sold it last week; a high school graduation gift from her grandfather. Eventually, she’d buy it back. She was going to be a star. She placed a call to her dealer, an old friend she played in bars with.

“Hey Madison! What’s up, girl?” he answered on the second ring.

Silence. She stared at the bloody thumbprint. This was all temporary.

Anastasia Arellano is originally from California but now lives in Dublin, Ireland with her wife. She is a graduate of Trinity College Dublin, and holds a Master’s in Creative Writing. She writes for Wetpaint Life and Goodfullness. She’s had short stories published in McStorytellers and Honey + Lime, as well as poetry published in Smithereen’s Press. She recently completed her first solo YA novel, as well as a coauthored YA novel with fellow writer and Trinity graduate, Emma Guinness. When she’s not writing, she’s cooking, plastering her bedroom walls in storyboards, or seeking inspiration from the Irish landscape. You can follow her on Instagram @latingurl26 and Twitter @AnastasiaArell5