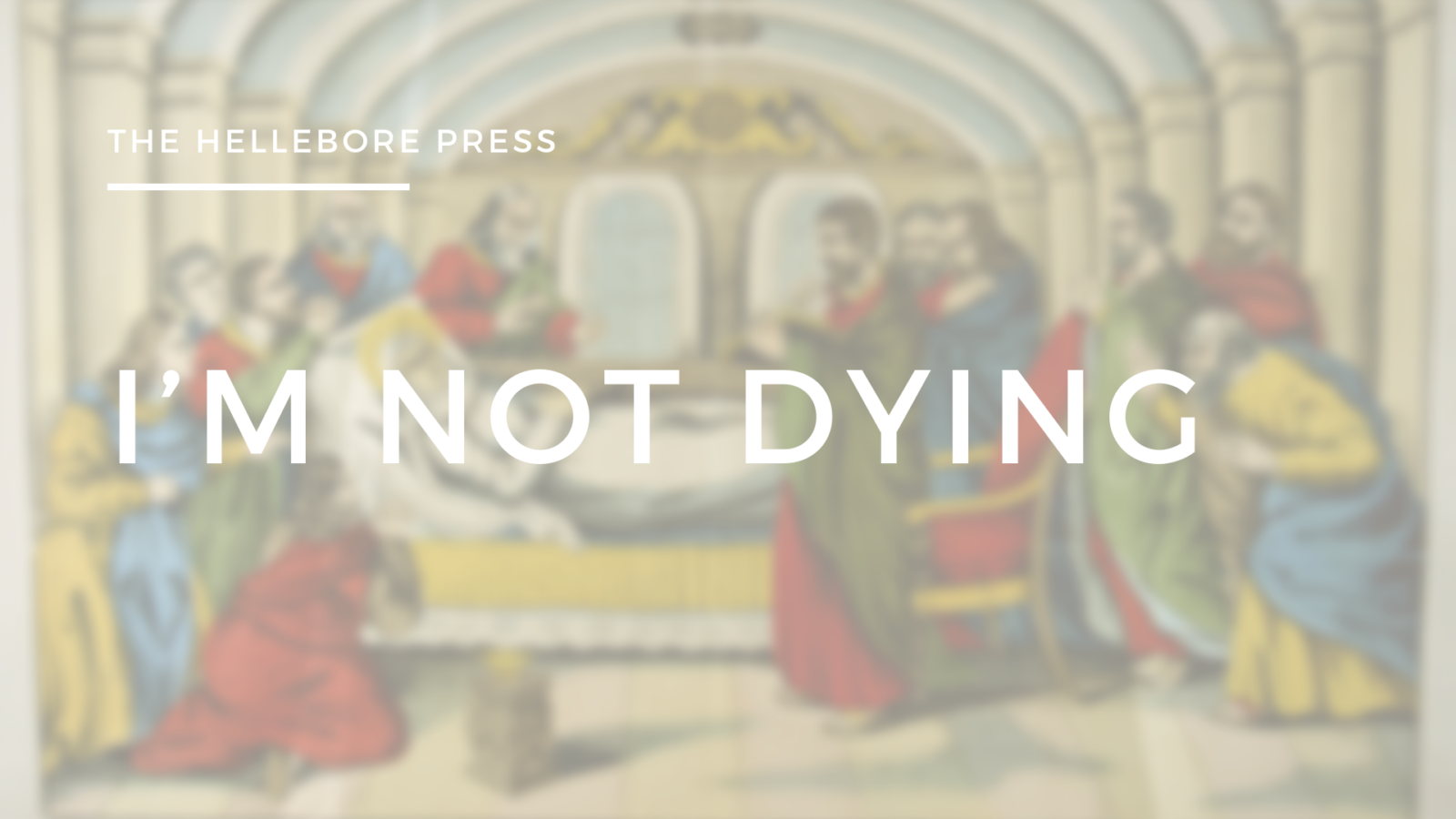 My only picture of my grandpa shows him on our teddy bear brown couch holding me on his lap in my favorite red checked Strawberry Shortcake dress. I was so shy I’d hide behind the couch when babysitters came, but in this yellowed photo, I smiled in the safety of his grey cardigan sleeves. Soon after the picture was taken, both grandpa and I got sick. I had a passing childhood illness and got better. Grandpa didn’t. His face is still etched in my memory, not the breathing visage in the picture, but his closed eyes at his wake. That is the face I’ll never forget, the one I stared at when I rested my chin on the casket and peeked down at him. I thought he was asleep, until I slowly realized he would never wake up. I cried hysterically for him and for me and for endings, realizing what death was before I was old enough to read the word.

The next week in my weekly Bible class in the church across the street from my house, the teacher began a multi-week lesson on Heaven—where you go when you die, where my grandpa was. She described golden paths and shiny gates and loving a Being I’d never met. She asked the class to draw Heaven’s landscape as we imagined it, on paper with waxy crayons labeled Bittersweet, Burnt Sienna, and Flesh. I mixed the colors trying to create an atmosphere to call paradise, but there was no place I could draw that didn’t scare me, no place I wanted to be but across the street in my home with my family. I was just beginning to learn about the world I lived in, I wasn’t ready to picture a better place.

Every night after Bible class I was terrified to go to sleep—convinced that if I closed my eyes like grandpa, I would die too. After my mom tucked me in and turned out the light, I poked my head out of the covers and kept my eyes open so death couldn’t sneak up on me. The street light from the church parking lot across the street made my room glow a soft yellow and I’d sit up in bed and peek at the church—its walls collaged with our visions of Heaven. My mom had told me I was too young to die, that I was not sick like grandpa, but I couldn’t risk believing her. I would start to cry until my parents yelled across the hall, “Go to sleep! We have to work tomorrow, go to bed!” But I couldn’t be frightened into sleep—I was too frightened of it already.

Eventually, my older sister started sneaking into my room. She’d kneel next to my bed, hold my chubby hand and tell me I was going to be ok. She’d dry my tears and sing me a song she made up on the spot. I’d watch her lips move as the melodies dropped my guard and lulled me to sleep in spite of myself. She did this every night, every week. I never stopped fearing death—does anyone really? But I did stop fearing sleep. Her song was my security.

It was my grandpa who taught me about death, but my sister taught me about life. I learned you cannot keep a constant vigil for some inevitable event, that you are going to be scared in life, but, if you’re lucky, you will have a hand to hold and a voice to sing you through the dark.

Kerri Davidson is a writer based in New York City. Kerri’s poetry chapbook,How to Fly, was published by Finishing Line Press in 2018. Her poem, This Moment, won the 2017 Heart Poetry Award and was published in the Heart 12 Anthology. Portions of her memoir have been published in Chicken Soup for the Soul: Power of the Positive, Hope Whispers,Skirt! Magazine, Bacopa Literary Journal, and The Sunlight Press Literary Journal. She co-wrote the screenplay for the award-winning short film, Finding You, which was named one of the Top Ten Films in the Film Lab’s 72 Hour Shootout competition and was screened in New York City and Los Angeles. Follow her on Facebook and Instagram: @thedustdancing and check out her website:www.kerridavidson.com.