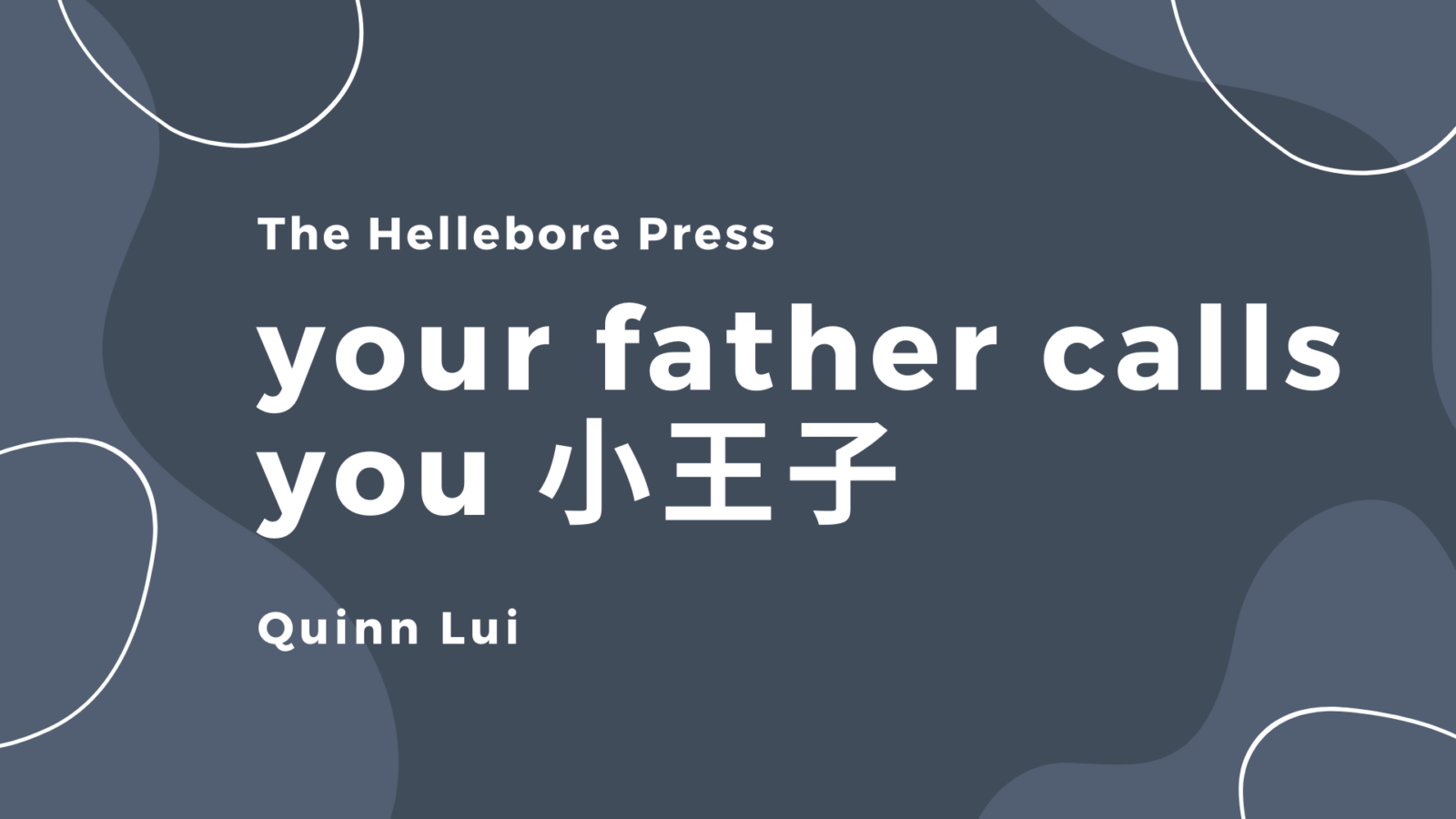 so you tie the passing gulls to your wrist
and let them pull you into the sky. stop in the street
to talk to roses, cutting off the voice of every bloom
to tell them they’ll never matter quite as much
as what you’ve already chosen.

sun-heat on your shoulders is both your only tether
and the snake coiled around it, fangs poised
to pierce through, to hook into the side of your throat
and reel you in. all it wants is your pulse draped
around its neck, all python-slow languor. there are
worse things to ask for. worse ways to be useful. this
only means waiting until the space between you forgets
that it was ever there. you’ve never been brave enough
to do the work                           of being left behind.

Quinn Lui is a Chinese-Canadian student who has been described as 1) mostly made up of caffeine and bees and 2) dedicated to being a menace. Their work has appeared in Occulum, Synaesthesia Magazine, Okay Donkey, and elsewhere, and they are the author of the micro-chapbookteething season for new skin (L’Éphémère Review, 2018). You can find them @flowercryptid on Tumblr, Twitter, and Instagram, or sharing a fire escape with raccoons.