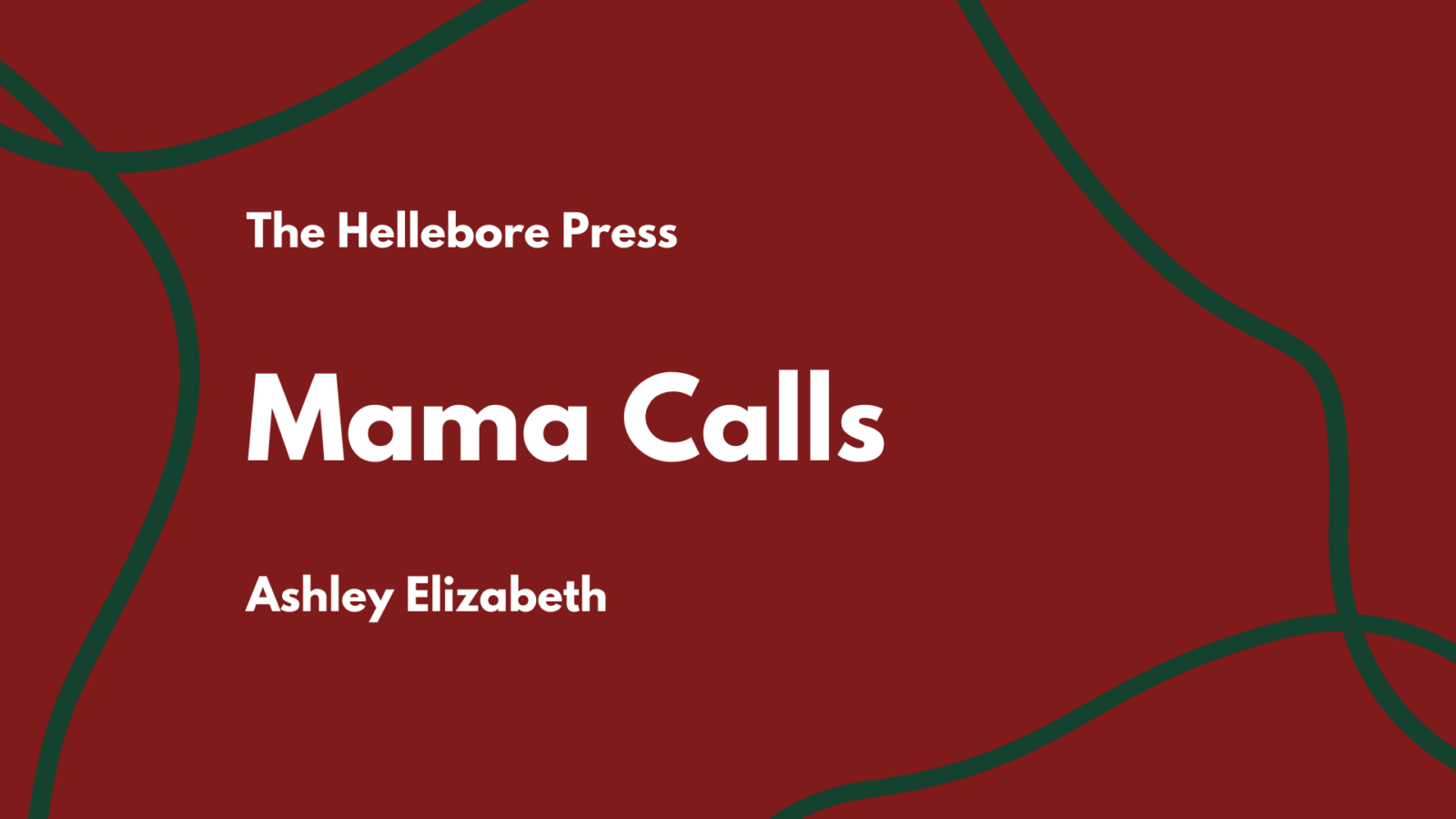 While I’m in college, my mother calls just to ask me this question in multiple variations at least once a month. She becomes manipulative, clingy, and repetitive, and sometimes I’m tempted to be honest despite her watery voice and heavy signs crashing through the phone from miles away. She only calls when she’s having a bad day, never to really talk about me.

I want to say no. I want to say that I felt alone for most of my childhood, that she was a few notches short of being an absentee mother. I do not say this, but I do not lie either; I deflect. “Yeah, I learned a lot from you.”

I don’t mention that I learned how not to be a mother, how to not put my work ahead of my family. I let her believe that everything is fine, that I am fine, even if I am not, because I know that’s what she needs to stay alive. I will deal with my hurt and resentment later.

She exhales into the phone. “Okay, good. I’m glad.”

I already know why. She is sorry she turned filling her pill organizers into a game when I was little. When I was finished sorting her nine bottles into the seven days a week box, remembering that Lasix was an everyday medicine and that the one for her heart that started with a “p” was every other day, I would get an extra candy bar or ice cream from the store the next time she went, she promised. She never went to the grocery store, but I kept refilling her pill boxes anyway. I liked to be useful. I hear sniffling on the other end of the phone.

She chokes, “I’m not having a good day. Thank you. I love you. Smooches, hugs. I’m sending you love through the phone. You feel it?”

I roll my eyes and lean backwards in my chair. “Smooches. You too. Yes, Mom, I feel it. I have to study; I’ll talk to you later. Bye, Mom.”

Our conversations are almost always this pointed when I am in school. My voice is a constant ebb of white noise, unchanging and unfeeling. No inflection so she can’t say I’m lying, but I think she knows that I am; I overdo ambiguity.

I must admit she is doing the “best she can” as a “single parent,” even though she isn’t a single parent and her best is average; she is just divorced. I almost see my father more, and I do not live with him. He drives me to and from school, listens when I talk, takes me to the arcade, teaches me how to do laundry, trains me, and comes to tennis matches.

Cardiomyopathy and breast cancer consume my mother before she has time for me. In three years of me playing varsity, she comes to one tennis match–late–and we live five minutes away from the court. Instead of talking to me about my sexuality, she calls it a phase and writes it off, says I’m being influenced by who I’m hanging around and that I’ll meet the right boy someday (I do meet this boy, but this does not make me straight). She leaves my father alone in that house. But I never wanted much of anything that she gave.

When I was fourteen, my mother went to have her yearly mammogram. Though her first breast cancer scare happened when she was seventeen, this one at forty-seven was more serious. They found a mass growing in her right breast. Instead of living with only one breast like her mother, she chose both. She thought her strain of cancer was genetic and would ultimately return. It wasn’t, and now she won’t know what would have happened. She didn’t want to risk the cancer coming back, which was equally possible due to her amount of stress. She cared too much about her career until she was sprawled out in bed and I was already almost grown. And then she cared about me, but only for what I could do for her.

My father took me to Mercy Hospital to see her after she’d gotten out of surgery. She looked like hell. She caught it at stage zero, borderline stage one, so her surgery was a relatively easy process compared to operating on a cancer that can encompass the body like quicksand. Her double mastectomy was the Monday before Thanksgiving. I went to school that day. Being cancer-free is something she is thankful for every year. She should say she is thankful for me. I was fourteen taking care of a forty-seven year old woman.

From the time I woke up to the time I went to bed and except for the time I was at school, I was my mother’s caretaker. Our apartment felt like a hospice, except she wasn’t actually dying. I held her hand through self-pity. I held her hand while she hid behind horrible wigs that she didn’t need–her hair never fell out. I held her hand though getting back to work. I fed her grilled cheese with tomato soup or potato chips only because she didn’t teach me more. She felt isolated from the world and needed a sliver of human interaction because she doesn’t tell my brother and therefore can’t call him. That was all I had left to give then and she got all of me, but I don’t get what I need: a mom.

I’m trying to cook dinner for myself in a too-small kitchen with maybe four spices at my disposal. Salt, pepper, garlic powder, and italian seasoning. Salmon stares back at me from the counter, and the plantains taunt me too, tell me I don’t know what I’m doing, tease me because I don’t even know how to boil rice because I never learned how to cook. Because this is a mother’s job, and my mother failed.

The smoke alarm pierces through the air. I tell my mother I will call her back, but I never do. I have to preserve my food and my sanity and probably take the five minute walk over to the main campus because what I made is either mostly burnt or mostly salt and not entirely edible. The only thing I don’t mess up is the spinach because that comes in a bag I simply have to microwave. I could have been taught better, to make a meal entirely from scratch instead of ordering out, but I didn’t have enough time.

Later, I start looking up recipes, triple-check them before I start cooking, and do not leave my kitchen unattended for too long.

I toss my phone onto my decades-worn couch and put on a movie. I do not study. The next time she calls, I only answer because my father asks me to keep the peace and spare his eardrums. I’m too good at that.

Ashley Elizabeth (she/her) is a writing consultant, teacher, and poet. Her works have appeared in SWWIM, Rigorous, and Kahini Quarterly, among others. Her chapbook, you were supposed to be a friend, is available from Nightingale & Sparrow. When Ashley isn’t serving as assistant editor at Sundress Publications or working as a member of the Estuary Collective, she habitually posts on Twitter and Instagram (@ae_thepoet). She lives in Baltimore, MD with her partner and their cat.