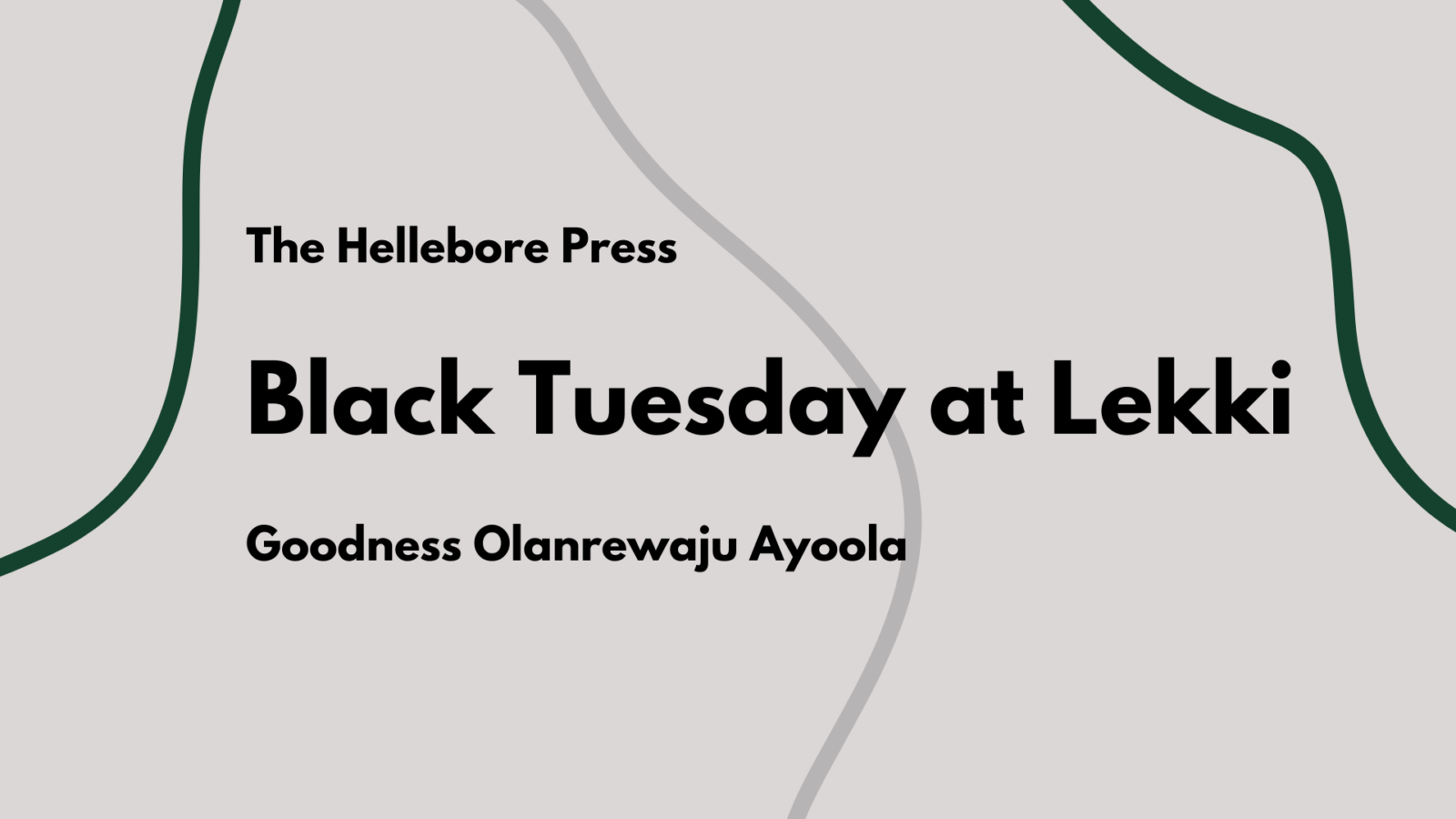 “How a bloody night of bullets and brutality quashed a young protest movement.” – CNN

We will not forget:

The curfew’s betrayal, the streetlights killed before bullets flickered, punctuating protesting
peace like a plague of wild, monster fireflies; the pierced dark thickened by the hour of horror,
the peaceful struggle struggling for breath, pressed down by violent boots of iron, how my
country fired and fired and fired: shooting at the sky below holding the clustering of her own
stars; the pra pra pra pra launched into distance, cracking young dreams open in dreadful fright;
the Voice not backing down, a voice behind the camera said, sit down and just wave your peace:
flags; nothing has never broken my wife and me like the crying anthem in another footage amidst
an orchestra of triggered magazines, the national anthem turned lamentation — a funeral hymnal
for the feared dead; the hands shooting still while weak legs lost between sitting or scampering
for safety; the saving hands: the hands putting pressure over bullet -gashes, the hands soaked in
blood, the blood soaked in hands; the anguish of the boy shot in the stomach, lying helplessly on
the bare floor, told to pray, told no intestine burst yet, soaked in saline solution, the helpless
ambulance, the last words — heavy words, the boy who left us peace and unity before his cold
exit, the journalist under the flood of torches, the updates, the bullets evidences, the Flag in
blood, the blood on the Flag,                the plot twist the morning after, what the governor said…

The river of tears we shed for a country who turned her back against her own.

Goodness Olanrewaju Ayoola is a Nigerian poet and teacher of English who reaches out to poetry as escapism from the contentions within and around him. His poetry has appeared in Glass, Dust Poetry, Pangolin Review, Oddball Magazine, Mobius, Ethel Zine and elsewhere. He is a Best of the Net Award Nominee and author of Meditations (WRR, 2016). Say hi to him on Twitter @GoodnessLanre.