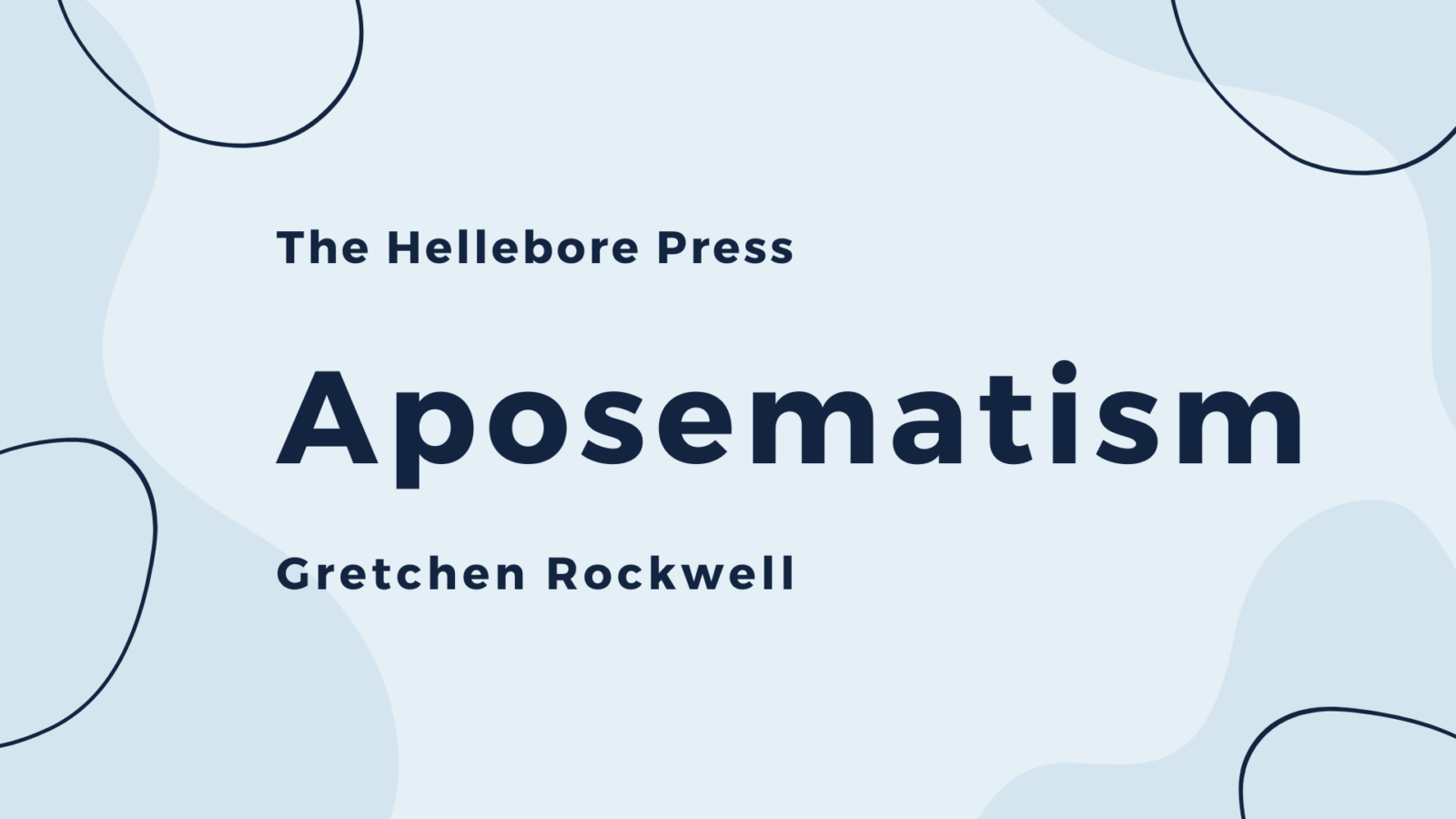 We see it most often in the frogs
we know from botanical gardens,
nature museums, aquariums, although
it is widespread in insects and some snakes.
We press our faces to the glass, searching
for the brilliant turquoise, fuchsia, vermillion—
counterintuitive that the color should be the warning,
when they are made more vivid against leaf and loam, but
even harmless species have learned to counterfeit
characteristics of their deadly counterparts. I love
the idea of Batesian mimicry, the safety of appearing
more dangerous than you actually are, almost as much
as the defense mechanism these creatures draw on.
I never studied biology, but a professor whose orbit
I once crossed was one of few experts on Panama’s gold frogs—
technically toads, but toxic amphibians all the same. They’re
rare now in the wild. Aposematic species are harder to spot
against the ocean’s colors. The blue-ringed octopus is one:
when attacked, the rings dappling its yellow skin flash bright blue.
Its neurotoxin can kill a person in minutes. It is venomous.
I always have to look up the difference between venomous
and poisonous: something venomous kills you when it
bites you. Sometimes you don’t feel the sting. Isolated, I dyed
my hair teal, and later that year, bought combat boots
and a black trench coat and buzzed both sides of my head.
The blue-ringed octopus is solitary; most of the time
it camouflages itself in crevices. Zetek’s golden frog
communicates through semaphore as much as sound.
The black dots on its back and legs are likely the size
of my ear gauges. It is poisonous. Something poisonous
kills you when you try to consume it—as you reach out to touch.

Gretchen Rockwell is a queer poet and supplemental instructor of English at the Naval Academy Preparatory School in Newport, RI. Xer work has appeared in Glass: Poets Resist, Into the Void, Noble/Gas Qtrly, Kissing Dynamite, FreezeRay Poetry, and elsewhere. Gretchen enjoys writing poetry about gender and sexuality, history, myth, science, space, and unusual connections – find xer at www.gretchenrockwell.com or on Twitter at @daft_rockwell.