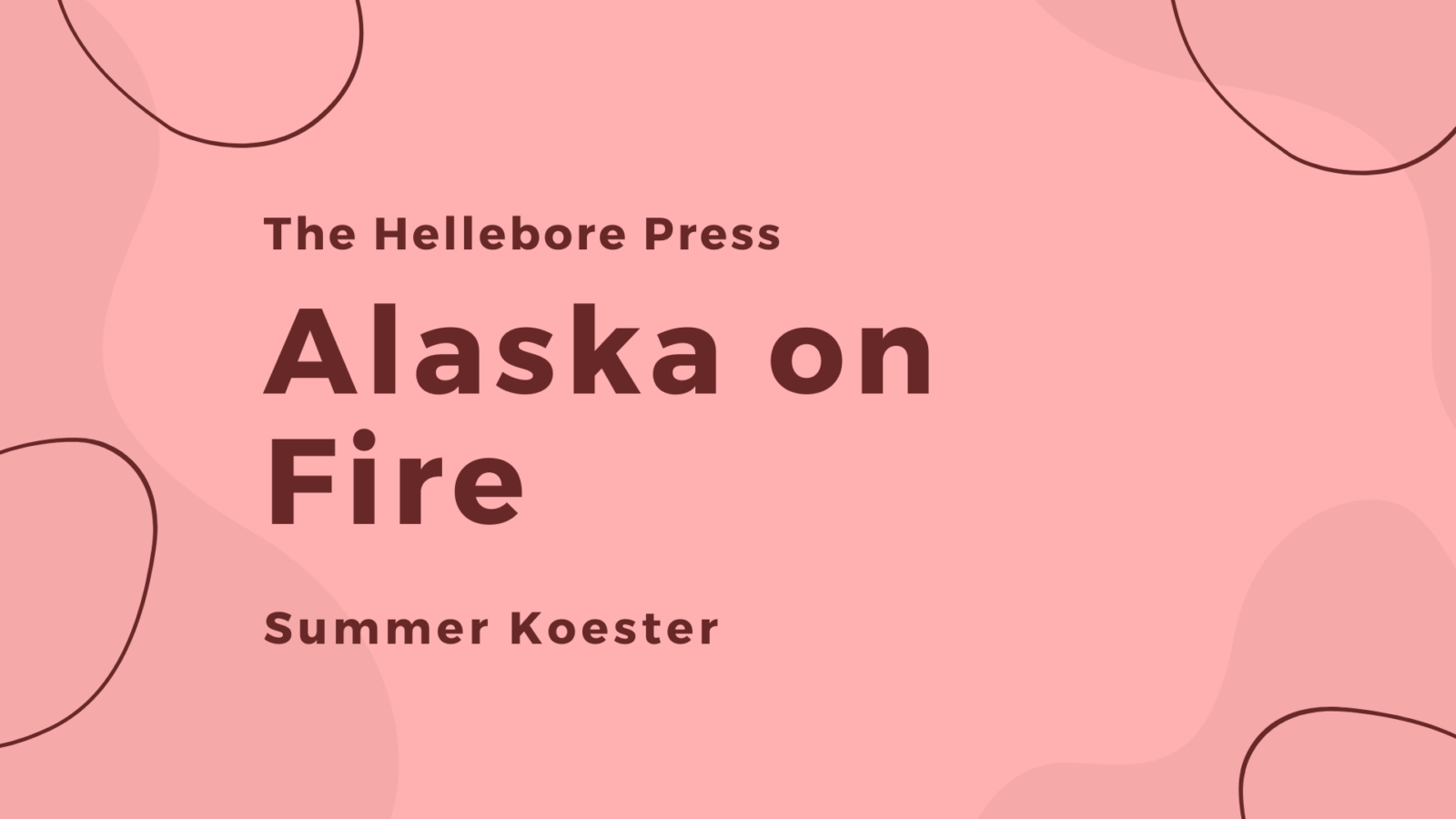 It’s easy to forget about Alaska, cornered somewhere between Arizona and Hawaii (according to most maps). The place that non-Americans confuse for Canada. Where the mere utterance usually elicits a response along the lines of, “ah, Sarah Palin!” often followed with, “Can you see Russia from your house?” In which case we’d rather be forgotten altogether.

Robert Service lampooned our great state “the land that God forgot”. Our electoral vote barely counts for one. National politicians never come a-courtin’, and Hollywood only exiles its characters to our state when they’re being punished. Even our flower is the forget-me-not, as if that might make a difference.

We like it that way, forgotten. Forgotten means you can find some elbow room up here, take a deep breath. The wind, rain, trees and Pacific Ocean turn the air over every nanosecond. Alaska’s infinite wilderness lets you test your mettle and choose your own adventure. Here in the “Last Frontier,” you can step back into time, return to basic, primal survival.

The Tlingit, the native peoples of Southeast Alaska, have an expression: shukalxs uxs’— where the end is called back to the beginning. Alaska is like a return to the beginning. People here still hunt, fish, and gather, chop firewood to heat their homes. Our Native elders still teach the youth how to weave baskets from cedar and spin wool from mountain goat and moss. Even the typical Alaskan street fashion of wool shirts and rubber boots hasn’t changed in decades. When I feel my spirit starting to mold, I only have to walk outside my door and breathe in the old growth forest. I can press reset, start over.

During the bitter months of winter, when snowflakes fall as fat as your fist and not even very pretty or symmetrical, it’s easy to forget that last summer, 2.5 million acres burned in the Interior of Alaska. Wildfires larger than Rhode Island and Delaware smothered the entire state in smoke like the End of Days, and sent thousands to emergency rooms with breathing problems. Orange sun transformed my living room into a glass of Tang. Deep breaths were replaced with shallow inhalations, as anything else caused my lungs to seize, and my inhaler was already down to its last few puffs. The only place tolerable was on the water— the salty air seemed to alleviate some of the pressure from my lungs.

With the 44% proposed cuts to universities, there was talk of closing campuses— less education, less critical thinking. Public teachers cut, class sizes increased, public schools closed. Soon we would be the only state without an arts council. So much burned to the ground. What would be left?

“We can’t keep spending what we don’t have,” the governor said, and he was right. However, we had money set aside in a savings account that we call the permanent fund dividend— a fund that was created during the oil-rich heyday of the seventies, when a budget surplus led the politicians to dole out a yearly check to each man, woman and child residing in the state. Rumors were this year it could exceed $3,000.

Some Alaskans proposed pulling money from this fund to pay our debt. Problem solved! Instead, Alaskans divided into two camps: “I want my money” versus “I want my government services”. Cash or roads? Cash or university? Cash or public education? What would you choose? The grounds were laid for a heated battle: democratic socialists versus keep your hands off my money; the Bernie lovers versus the Make America Greaters; the kombucha brewers versus the diesel truck drivers; Southeast versus the Interior and North Slope.

From my perch on a paddleboard, I watched the eagles circle overhead. A neighbor threw salmon guts onto the rocks and the eagles vied for scraps, chasing off the other birds as they skittered over daisies and seaweed. Screaming ravens forced out some of their own to scout for food, ejecting five in precise fighter jet formation.

One raven even dropped dead from the sky yesterday. What is it they say? That animals can sense things before we can?

In the abundance of summer, when you can camp and live off the land, it’s easy to forget the deprivation of winter; the chill that gets into your bones; how the body moves in the cold, shuts down, limb by limb; the dry air that sucks the breath right out of you; the fuel that burns to the tune of $4,000 a year to heat your 1,200 square foot house; the people who homestead and homeschool their children off the grid, who rely upon the Alaska permanent fund dividend to get them through the winter. The isolation, the stress, the fear.

Have you ever been so cold that you only remember sleeping with ice formed on your blanket all through your childhood? Do you remember an earlier time when decisions were made with a handshake? When you could fix anything with your bare hands. Or the time when men in suits snatched you— or your parents or grandparents— and sent you to boarding school where you weren’t allowed to speak your language or see your parents… Would you trust those men in suits with your hard-earned money?

Smoke shrouded the mountains in a thick curtain, crouched on the water like a bad hangover. It wrapped us in a smoggy cocoon, muffling all sounds and thoughts like a cold, like the eerie quiet of underwater. Is this what the end of the world looks like? I wondered. The end of our state?

In the bay, a mama orca taught her two babies to hunt while Daddy Long-Fin kept watch in the distance. Each animal looking out for its own— was this the Alaskan way?

My daughter returned from the beach smelling like wild mint. “I saw a moving rock!” she said, but the beach remained quiet. Suddenly a rock became a porcupine and began hobbling along the water’s edge. Maybe things were not as they seemed.

Later that day, artists staged a “Die-in” downtown— painters, weavers, storytellers, musicians, dancers, and actors dressed in black chanted in front of totems that had also been shrouded in black cloth. An ominous foreshadowing of what could come if the governor got his way.

A Tlingit elder spoke, “Without art, there is no spirit. Without art we have no soul!”

At 10:00 P.M., a wildfire sun glowed hot pink over its long reflection in the water, marking June’s finale with a brilliant upside-down exclamation point.

Under a shroud of smoke, I took my daughter to Eagle Beach to pick wild strawberries. In the distance, the Chilkat Mountains were completely smothered in a haze of wildfires. The tinder-dry rainforest seemed ready to ignite at any minute.

Is this what the future looks like? Is this what deprivation looks like? If you’ve never come from a place of abundance it’s hard to dream it, or will it. Land burned, void of vegetation. Have you been there?

Then looking closely, I saw tiny strawberries so plentiful it was impossible to walk without stepping on them.

Robert Service called Alaska “the land that God forgot,” but in Southeast Alaska, we see God every day in the rich biodiversity of the rainforest, the soaring mountains, and the tides for which the Tlingit people were named. When the Russians first came to Alaska, they saw the richness of this land and seized it for themselves; it’s said that when the U.S. bought Alaska, they wept. My father-in-law remembers being constantly hungry as a child until he arrived in Southeast Alaska and was never hungry again.

Lingít Aaní, the Land, provides; it takes care of us.

I don’t want to come from a place of scarcity and deprivation, where we fight over scraps. Where we forget about the rewards we reap when we invest in our state, our children, and our communities.

I want to come from a place where abundance is a possibility, where we empower each other, encourage critical thinking, and cultivate opportunities for a sustainable future. Where the land is not blanketed in smoke, but with wild strawberries.

Or are we called back to the abundance of spring, where we work together to plant seeds so that our communities will flourish, where we share in the bounty, where we raise each other up?

Only time, and the ravens, will tell.

Summer Koester is an award-winning poet and writer living in Juneau, Alaska. Her work has appeared in The Sun, Motherwell Magazine, Lowestoft Chronicle, Front Porch Review, and Third Wednesday, among others. She is a winner of the Alaska Statewide Poetry Contest and her work has been featured in the poetry anthology Courageous Women. You can read more of her at summerkoester.com.